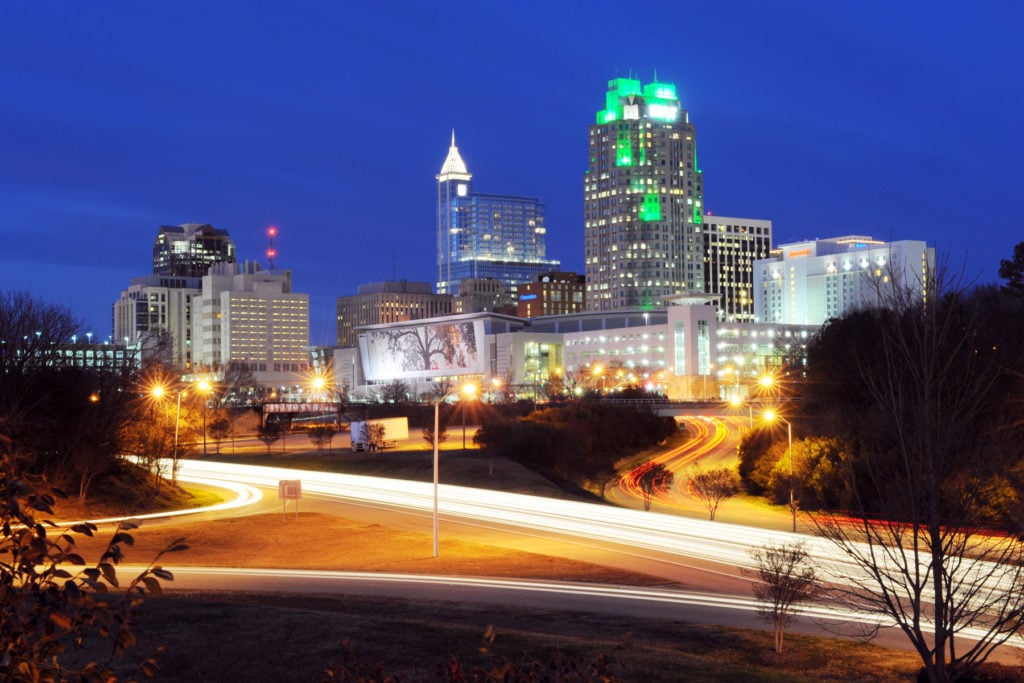 All corners of the Triangle have development projects ready to get the green light. In 2017, there are a large number of projects going on around the Triangle. From commercial development to office spaces, hotels and warehouses, the projects are seemingly endless.

Much like Chapel Hill, downtown Raleigh is evolving, and there are many projects ready to head underway. Here are nine local development projects and construction works in the Raleigh area.

This project is prepared to open in 2018 in the Warehouse District downtown. The Union Station transit hub is a $90 million project, located on Martin Street. What is this project going to accomplish?

One of the first phases of the project is to move the Amtrak station on Cabarrus street to a warehouse on Martin Street. This phase also includes:

The next phase of the project includes a regional commuter rail, local and regional buses, taxis, bicycles, and other kinds of transportation. The goal is to create a multi-modal center that can accommodate the demand for new transportation services, such as the Wake County Transit Plan. 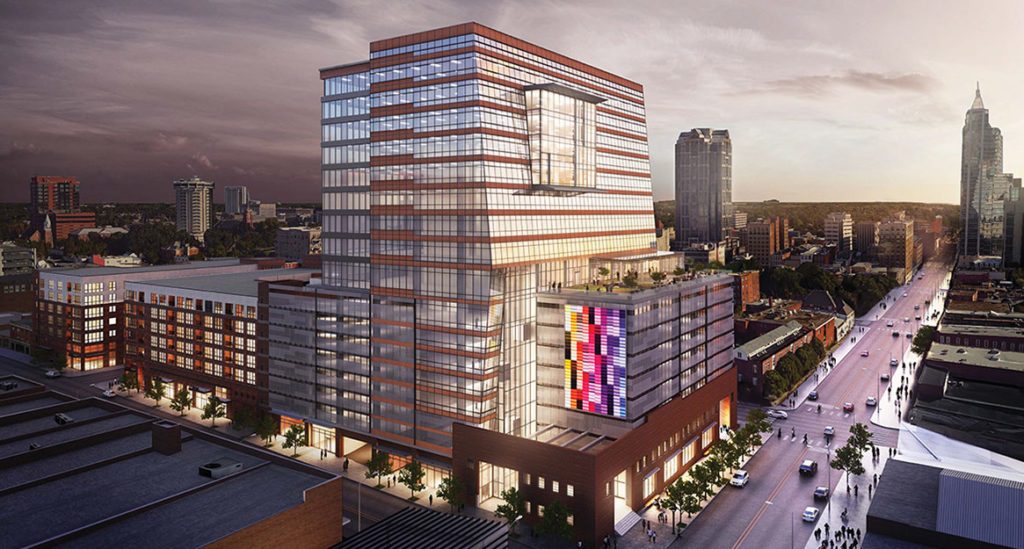 Kane Realty is set to finish this 17-story tower in 2018. The tower is across from Union Station, and construction is already underway. Exciting, right? The Dillon is a $150 million complex of rental office and apartment spaces. The design is intriguing, using the bricks of the old Dillon Supply Company warehouse to stay true to the area’s industrial past.

What’s interesting about this project is that it’s part of the Brownfields Program, which lets housing or building developers clean up a polluted property to be safe enough for use in the future. The Dillon is one of 400 development projects statewide, the earliest of which going back 19 years.

“Without the state Brownfields Program, we would likely have 400 sites in North Carolina that would be unusable and sitting empty,” Donald van der Vaart, secretary of the N.C. Department of Environmental Quality, said. “Instead, we’ve been able to make these sites productive again, and achieve a cleaner environment and a more vibrant economy for many North Carolina communities.

26 more Brownfields projects are in the works in Wake County and Durham.

Kane Realty is also working to expand North Hills on the east side of Six Forks Road. This area is about to get a lot bigger! With the plan to buy or lease 34 acres east towards Wake Forest Road, the size of North Hills is doubling. Lead developer of Kane Realty, John Kane, explains he would like to create and build new apartments, offices, and even retail space.

“There are a number of more projects coming,” Kane explains. “It’s just timing and market demand.”

Complete with a ropes course, playground, and six miles of biking or hiking trails, this development project is at the corner of N.C. 98 and Old Falls of Neuse Road. This park has been in the works since 2006, but according to schedule it should be finished this summer, 2017. Eventually, the park will also include a lakeside center, an overnight lodge, a disc golf course, and other exciting things.

The Forest Ridge Park is one of the last of its kind funded by the $50 million parks and greenway bond, approved in 2003 by Raleigh voters. 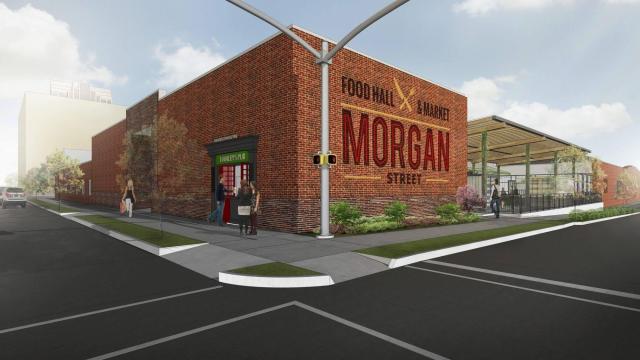 Food Halls or Markets are becoming more and more popular. Why shouldn’t they? Having lots of options when you’re hungry, all housed under one roof, is like a dream come true.

The Morgan Street Food Hall and Market will open this year in either late spring or early summer. This is the first project of its kind in our area, housing 65 different food vendors within the 22,000 square-foot space. Don’t worry, there’s a food hall coming to Chapel Hill, too!

The Triangle is loaded with Kroger, Food Lion, Harris Teeter, and Lowes food stores. New grocery stores are coming into the area though, and we’re waiting excitedly for them.

Publix, a Florida-based grocery store, is coming to a shopping center at the intersection of Leesville and Strickland roads. This grocery store chain might remind you of Harris Teeter, with fantastic fresh foods and meat and deli counters. However, the prices are a little more attractive. The meat selection is one of the best qualities about this store, with a bakery section that will give the meat a run for its money.

Wegmans is the second new grocery store coming to Raleigh. While there are already two stores in Cary and Chapel Hill, Wegmans is coming to Raleigh by Six Fords Road, in the plaza with Trader Joe’s. Think of Wegmans like Walmart, but upscale and upgraded. Basically, this grocery store divides up the sections of its interior into smaller areas, like faux-stores. Complete with salad and hot bars, Wegmans isn’t an errand. It’s an event.

A three-story condo project is in the works in the Boylan Heights neighborhood, not too far from Cameron Village. This project, dubbed 611 West South, is headed by Lambert Development. The intention is to have the project finished by early 2018.

Raleigh is always growing and evolving. You can keep up with downtown Raleigh’s growth here.

If you are interested in learning about the neighborhoods surrounding downtown Raleigh and other properties in the greater Triangle area, visit us online.  Call us today at 919-813-6449 or e-mail us at
[email protected] for additional information.  We can’t wait to welcome you to your new home.