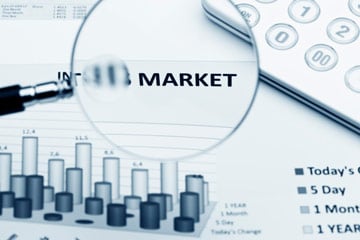 The annual housing market report for 2016 provides insight not only into the past year, but for the upcoming year as well. 2016 saw the election of a new president which means there will be changes in federal policies on the housing market and real estate. The new president, Donald Trump, has a history of real estate experience. He’s indicated interest in investing in infrastructure development as well as the development of new housing and construction. This is intriguing for the future of residential real estate, according to the annual report on the Triangle Region Housing Market.

Let’s take a look at the information provided in 2016‘s Housing Market Report for the Triangle area. 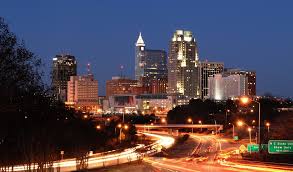 Interest rates on homes did not rise as predicted. But like the year prior the Federal Reserve waited until December to create a short-term rate increase. With that in mind, 2017 interest rates are expected to increase over the year. The economy is healthy, unemployment is at a nine-year low, and wages are higher. The market outlook is positive.

2017 is expected to see mortgage rates stay below 5.0 percent. Rates aren’t expected to grow by more than .75 percent throughout the year. If mortgage rates begin to climb higher, there’s a possibility for rate lock. This means that homeowners may stay in their current housing situation instead of trading their property for a higher-rate property. If this situation occurs, it might affect the availability of affordable homes and a strain on the already-struggling housing inventory.

Inventory of homes in 2016 was lower than other years in a year-by-year comparison. Low home inventory is expected for 2017, too. At the end of 2016, there were 7,447 active listings. New listings increased by 4.2 percent, helping 2016 to finish out with 46,193 listings. Most new listings, compared to 2015,  came from East Durham, Central Durham, Knightdale/Wendell/Zebulon, Inside the Beltline, and in Chatham County. The top five areas in the Triangle where the inventory of homes for sale increased from 2015 are Wake Forest, Hillsborough, Durham, Inside the Beltline, and in Chapel Hill or Carrboro. 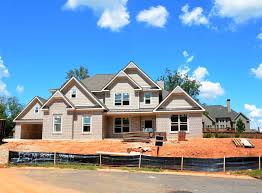 However, houses are not being built quick enough. New construction in the Triangle area is approximately at half the rate of the rest of the country. Even though there is a lot of new construction, there are a large number of properties being developed as expensive rental units.

Over the last year, home prices rose. In the Triangle region, Durham, Knightdale, Wendell, Zebulon, Garner, Cary, Apex ,and Morrisville showed the most change in median sales prices in comparison with 2015. The lowest amount of change occured in Raleigh, Hillsborough, Orange County, Chapel Hill, and Carrboro. The median sales for 2016 hovered around $232,000 which is a 5.5 percent raise. This is, in fact, a symptom of low home inventory. When the demand outweighs the supply, prices rise. In 2017, there’s an expected home price increase, but it should be at a slower rate than that of 2016.

Even though it might seem logical to look at millennials as the next wave of home buyers, there are factors that are contributing to their lack of participation in the housing market of the Triangle area. Some analysis suggests that it’s a bit of a cultural shift for this generation; they’re doing things differently. Many are opting away from early marriage, family life, or they’re making attempts to get rid of student loan debt. Some could be uneasy real estate investment in the wake of the last recession.

Baby boomers will likely make up a major group of home buyers this year. Refocusing investment from the stock market to real estate is an option for this generation in the wake of the election. The new administration creates a period of expected change, and it has encouraged this demographic to look at a higher price-range homes to invest their wealth in.

If you are interested in learning about available properties in the greater Triangle area, visit us online.  Call us today at 919-813-6449 or e-mail us at  [email protected] for additional information.

When buying a home, even new construction, it is important to have a buyer’s agent. At Real Estate Experts, we are fierce representatives for our clients. We’re known as expert buyer agents so contact us and see how we can help you find just the home you are looking for.
Facebook Twitter Pinterest LinkedIn