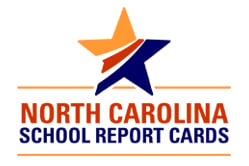 This is the third in a series of blog posts Real Estate Experts will publish covering School Report Card results for school districts throughout Triangle.

Third, fourth, and fifth graders saw gains this year in proficiency and college readiness, with the biggest jumps coming in math and science. Middle-school students, however, saw mixed results, with sixth and eighth graders declining. High school students saw gains in math and biology, though not in English. In 2016, of the 2,783 students tested in English, 46.4 percent were proficient, a decline of more than five percentage points from the previous year.

“It is progress,” assistant superintendent Julie Spencer told the Board of Education. “[But] they are small steps, and we need giant leaps.”

“We took some important steps forward last year in academic achievement,” says Durham Public Schools Superintendent Bert L’Homme. “I’m proud of all of our teachers, principals, and staff who come into our schools every day committed to academic excellence for every child. But we will not be satisfied until we’re making giant leaps ahead. Our question this school year is how we can not only maintain our progress, but accelerate it.”

Four-year graduation improved from 80 percent to 82.1 percent. The statewide graduation rate was 85.8 percent.

There was some very positive news, that three public schools received an A+ (J.D. Clement Early College High, City of Medicine Academy and Mangum Elementary). One received an A (Middle College High), and three received a B (Durham School of the Arts, Little River Elementary and Morehead Montessori.)

Stay tuned for our next post in this series, which will cover the Wake County School District School Report Cards.

You can also search the comprehensive database provided on our website to see the grades schools received over the last three years and whether the school exceeded, met, or did not meet its expected academic growth.