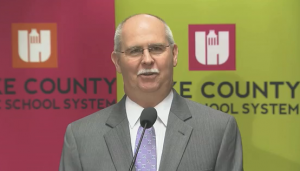 This is the fourth in a series of blog posts Real Estate Experts will publish covering North Carolina School Report Card results for school districts throughout Triangle.

“Our graduation rate continues moving in the right direction, thanks to the hard work and perseverance of our teachers, staff, students, and parents,” said Wake Superintendent Jim Merrill. “As educators, we know the work is never finished. So we have recommitted ourselves to building on this progress as we continue to close in on our goal that, by 2020, we will annually graduate at least 95 percent of our students, ready for higher education or a career.”

Wake County also saw advancement in the number of schools meeting academic growth targets on state exams, with 68 percent meeting or exceeding growth expectations, up from 61 percent last year. According to Report Card data, Wake saw improvement on school performance letter grades, as well. Ten Wake County Public Schools received an A+, eight received an A, 66 received a B, 68 received a C, 14 received a D, and one an F.

Stay tuned for our next post in this series, which will cover the Charter School Report Cards.