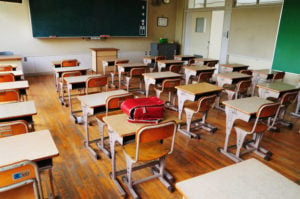 In response to slower-than-expected growth and a shortage of traditional calendar seats, the Wake County School Board is considering transitioning more and more multi-track year-round schools to a traditional calendar. In year-round schools, students attend school all 12 months of the year, with three-week breaks throughout the year. Traditional schools open in late August and end by early June, with summer breaks of 10 weeks or more.

Wake County had a large expansion of multi-track schools between 2007 and 2009. At that time, the district was projected to continue growing by 5,000 students a year. Year-round schools were advantageous because they save on the cost of building new schools by accommodating more students per building. But slower growth during the recession, opposition from some parents, and a lawsuit kept many of the year-round schools below their projected enrollments. Wake ultimately won the lawsuit in 2009 saying it didn’t need to get parental consent to send children to year-round schools.

Wake County parents have been vocal both for and against the year-round calendar. Some parents claim that Wake has already cut back too much on year-round schools (Wake has 14 fewer year-round schools this year than it has in 2009). Others have threatened to pull their kids out of traditional schools should they be changed to a year-round schedule. In addition, only one year-round school was part of the building program funded by a bond referendum voted on in 2013; the others were traditional calendar schools.

The school board is also discussing the option of no longer offering a year-round school to every family, but to continue offering every family assigned to a year-round school the option to apply to a traditional calendar school. But the board won’t be making any decision regarding this until it receives more data from school staff. According to Wake County School Board Chairman Tom Benton, “We don’t have a preconceived idea of where we want to go. We’re not convinced we’re getting the efficiencies that people want us to have out of our multi-track year-rounds. We are interested in simplifying calendar options.”

For more information about Wake County schools, visit our website. If you have questions about schools in Wake County or other districts around the Research Triangle Region, contact us today at 919-813-6449 or send us an email to  [email protected].